CONFERENCE CANCELLED. It will be postponed.

The Implanteus graduate school of Avignon University proposes for its second year a cycle of scientific conferences, combining face-to-face and distance lectures.

The next conference will take place online:

During 2019 a series of food poisoning events and deaths occurred in Uganda due to an unknown causative agent. In response the World Food Programme (WFP) initiated investigations into the incidents which included contacting expert laboratories to analyse the main suspect product known as Super Cereal. The laboratories used a broad gamut of their testing capabilities to determine the cause of the incidents. This included targeted and non-targeted methodologies such as LC-MS/MS, QToF-MS and spectroscopic techniques coupled to chemometrics. The conclusion of the investigation was that the cause of the food poisoning was due to the presence of the Tropane alkaloids, atropine and scopolamine, in the Super Cereal. These alkaloids were found to be present due to the incorporation of Datura seeds during production of the Super Cereal. Furthermore, the data generated showed all outbreaks were caused by a single batch of the Super Cereal. 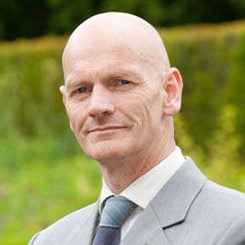 Institute of Global Food Security, Queen’s University Belfast, Northern Ireland
Since 1986 Chris has been active in research related to veterinary drug residue analysis and specialised in using immunochemical based screening technologies. The research has widened to include a wider range of toxic chemicals in foods and agricultural commodities such as mycotoxins, phycotoxins and plant toxins. The technologies platforms researched have also increased to include many forms of biosensor and lateral flow techniques. He has published more than 300 papers in the field of detection and control of chemical contaminants in agri-food commodities and co-ordinated one of the world’s largest research project in this area (www.BioCop.org). He has also co-ordinated another major EU research project QSAFFE which is dealt with contaminant issues along the animal feed supply chain.

The Implanteus graduate school of Avignon University proposes for its second year a cycle of scientific conferences, combining face-to-face and distance lectures. […]

The Implanteus graduate school of Avignon University proposes for its second year a cycle of scientific conferences, combining face-to-face and distance lectures. […]

The Implanteus graduate school of Avignon University proposes for its second year a cycle of scientific conferences, combining face-to-face and distance lectures.  […]

The Implanteus graduate school of Avignon University proposes for its second year a cycle of scientific conferences, combining face-to-face and distance lectures.  […]

It’s a pleasure to be one of the speakers at symposium of @implanteus as researcher from @irtacat https://twitter.com/implanteus/status/1534486710263943170

Join us for our first #Symposium 🌿 ! On July 4th to 6th, our IMPLANTEUS team and the Federative Research Structure Tersys will share their works on #fruits and #vegetables according to different approaches.
👉Register now : https://bit.ly/3mtQTZ0
@UnivAvignon @INRAE_PACA

Our first #Symposium is in less than a week ! ⏳
We cannot wait to meet you and learn about #fruits and #vegetables: #environment, #production and processing methods, associated #healtheffects... it is going to be memorable! Follow us so you won't miss anything 😉
@UnivAvignon

You are a student in L3 in France or Europe and you are looking for a #masterdegree in #agriculturalsciences ? You can still apply to our International Master in #AgricultureSciences !
Check out our website & #applynow : https://bit.ly/3eAsIns
@UnivAvignon
@INRAE_PACA